I shall call him Clive: taking the autopilot out of driving

I begrudgingly sold my beloved Honda Civic Norman before leaving Boston meaning that until I got settled and employed in Fort Worth, I would be sharing Andy’s 3/4 ton extended cab GMC truck complete with twin tool boxes, a “don’t tread on me” bumper sticker, and a shortwave radio antennae.  If moving back to Texas wasn’t too much of a shock, this certainly was.  I suddenly began a life of parking at the back of parking lots (well…..it’s probably the most walking you’ll do here) and pointedly avoiding any places not containing a massive parking lot, or….HORRORS……no parking lot at all.  Rather than feeling the common ego boost that might come with driving a behemoth monster, I would feel like a timid little girl out of her element and trying to tame a wild beast.  This coupled with an intense fear that a puppy or a baby would somehow get behind the truck without my knowledge made driving less than pleasant.  I used to vehemently deny it when any of my out of state friends made jokes about all Texans driving large trucks.  I still get wound up by these claims, but driving around Fort Worth in my beast, I really did fit in.
After several months of this and many minor emotional break-downs, we finally started car shopping.  Norman was an easy buy and an easy sell for me, so I was in no way prepared for what lay ahead.  Back and forth between new and used, hatchback, sedan or crossover vehicle, we  talked ourselves round in circles, visiting car after car.  I finally wanted a small car so badly that I began to succumb to the  “The Mermaid Theory” (see How I Met Your Mother).  While many cars we looked at might have been manatees, at some point, I was so desperate, they all looked like mermaids to me.  We definitely met our share of characters along the way.  While test driving one car, we casually asked, more for conversation than anything, “how many gallons does the gas tank hold?”  The owner, who had already revealed a severe lack of knowledge about his vehicle replied, “oh, I don’t know….I usually spend about $20.”  Hmmm….o…kay.   Finally after several near misses and more semi-break-downs, we finally found him.  A Civic just like Norman, but better.  A little less mileage, a few more perks, and a manual…..and…..he was mine, complete with a Dave Ramsey stamp of approval!  Now, all I had to do was master manual driving.
The day after we were married, Andy and I went sea kayaking in Maine.  We were among 10-12 couples, all of whom were to share a kayak.  The instructor pointedly told us all as we loaded in that sharing a kayak is a big relationship test.  Little did they know, this was literally our first “test” as a married couple.    Having your husband teach you to drive a manual  with tough love is a similar kind of challenge.  I chuckled reading online reviews of parents teaching their 16 year olds yelling “GAS, GAS!” while simultaneously pushing on their kids’ knees, but had no idea, our experience would not be any different.    Andy invented an imaginary passenger clutch and even when in a parking lot and not another car in sight, he would jam his left leg into the air.  We have had many conversations that go like this after the car comes to its 19th stall.  Nikki:  argggh, what did I do wrong?!  Andy: you need to give it more gas.  Nikki:  RAHR….I KNOW!!  Hee, hee….if we can survive manual driving lessons, we can get through anything.
Now, several weeks later, I am independently driving!  And…better yet, I am still married. 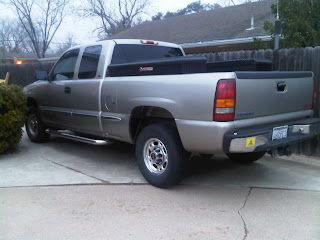 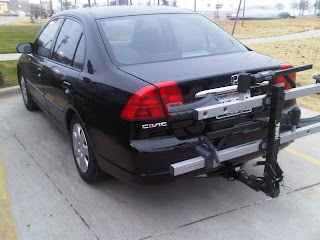