In September 2008, Andy and I loaded up my old Honda Civic, Norman, and with my cat Rosie and her pink anxiety pills in tow, we drove 1800 miles to Brookline, Massachusetts.  When we arrived on Mason Terrace three days later, we were completely exhausted.  We attempted to go grocery shopping, but all we could manage was staring blankly at the shelves. 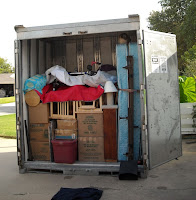 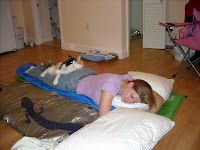 Had we not been so tired, we might have been able to say, hmmm, no thanks to the apartment that I had found online and rented.  I hadn’t had time to apartment hunt prior to moving, so I took a big gamble and just picked something that was in a neighborhood known for safety.    The word apartment is a bit liberal considering that this was literally a one-car garage converted into a room and it came with a price tag higher than Andy’s mortgage.  My jolly and heavyset landlord greeted us and in a strong accent, promptly told us four things that should have sent us running, but again, in our exhaustion, we stood there blankly.  1.  She needed my car key and me hers since her husband would be parking behind me every night in the driveway.  2.  Although there were vents in the room, they were not deemed fire safe, so my heating would be a roll out electrical heater that she so kindly supplied.  3.  She showed us how to go through the door (incidentally falling off its hinges) connecting my “apartment” and their basement and crawl to the corner where the fuse box was because the last resident “plugged in too many devices” and “sometimes” blew the fuse.  4.  She showed us her puny de-humidifier that I should run all the time.  She mentioned that they used to have a larger one, but it was “sto……oh, I mean lost.”   Not an auspicious beginning, if you ask me.  It was only later that I realized you can find a nice apartment in Boston without paying an arm and a leg, you just have to strategize and most importantly, look before you lease! 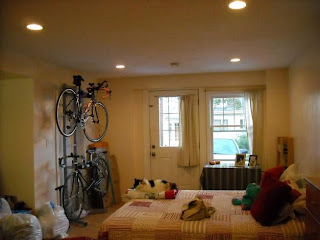 A day and a half after our arrival, Andy had to fly to Orlando for work, so we said a sad goodbye while he set off for Logan airport and I set off for Longwood Medical Area to begin my next adventure.  The next two years brought many smiles and many frustrations and I found myself completely smitten with Boston one day and hating it the next.  Let's just say, I had more culture shock moving to Boston than from moving to Ecuador!  My job provided its own set of unique challenges, not least of which was the animal research.  Nearly every experiment I did involved at least one mouse and when it comes to creatures of any size and shape, I am a bleeding heart.  I am the type of person who will take a rollie polli outside rather than squish it.    The only thing that could remotely make me feel less terrible about procedures like giving mice colitis was knowing so many people afflicted with it.  The research area was fascinating and important and the people I worked with were great, and that kept me at it.  The mixed feelings at work combined with living in a cave, not knowing many people in the city, and having my boyfriend in Texas left the cards stacked against me.   But….gradually, I learned to embrace laundromats, public transportation, walking, and honking, and by the end of the year, I had fully adapted.  About the same time, I started exploring New England, lab started coming together, I joined Boston Triathlon Team, I discovered dog walking at Angell, Andy and I had the Skype thing mastered, and everything started to click.   I could fill a book with tales from those two years, but those stories will come later.  Suffice it to say; when the time came to leave, it was bittersweet. 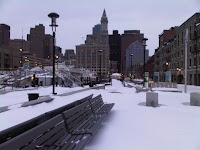 In September of 2010, I sold Norman, packed my things into a Relocube headed for Texas, and got in a Mercury Milan rental car with Andy.  It was time to say a sad farewell to all people and places that I loved in Boston and to say a big see ya to all the things that drove me mad.  Our departure from Boston was hardly smooth, but very typical.   I scurried into lab that morning rushing around like a tornado, trying desperately to get everything done.  Then, after I was sort of finished, we dashed off to Natick to pick up my altered at the last minute wedding dress.   Then, we were off for Maine.  That is, until I realized I had left our wedding bands in my locker at work, where I had put them for safe keeping, so it was back to Boston.  I guess I just needed one last trip to Longwood.  Finally, with a huge sigh of relief, we officially departed Boston and headed north to Acadia National Park in Maine.  We spent the next week lazing around, hanging out, enjoying lovely scenery, hiking, sea kayaking, eating ice cream, making fun of cruise ship passengers, and one lovely afternoon, we were married on Sands Beach.  A trip to Columbus, several distilleries, and 2000 miles later, we were back in Texas and the whirlwind came to a close……and, a new adventure began. 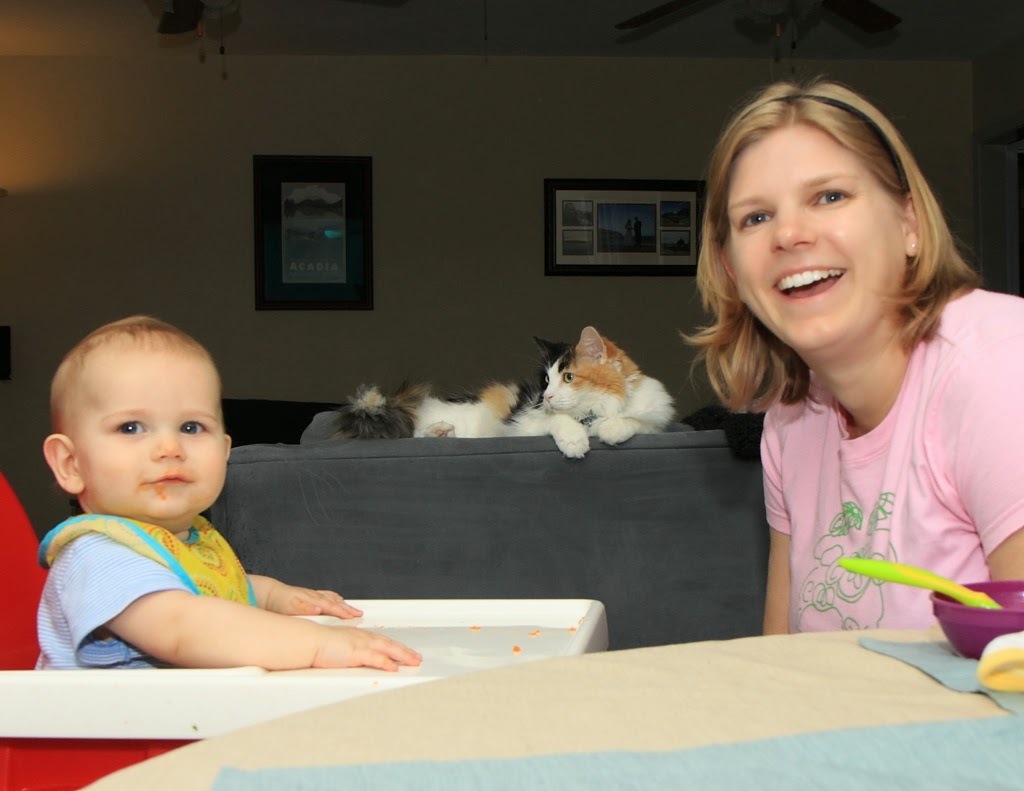